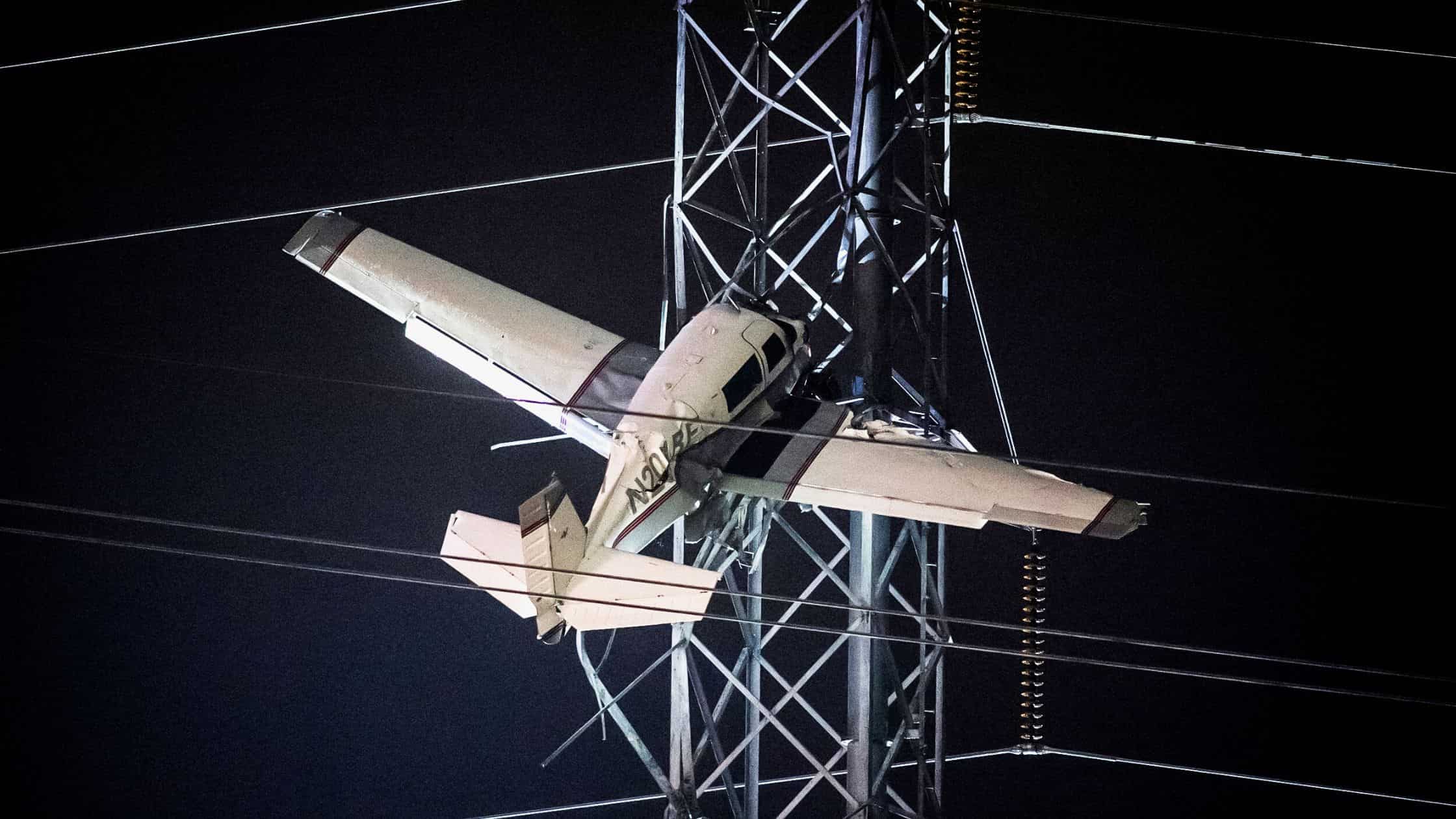 Do you know what happened this Monday morning? An airplane got struck in a high-voltage transmission tower. This happened in Gaithersburg, Maryland at an approximate distance of 100 feet over the ground. Since it was a small airplane, it was not crowded.

Only two people were found inside it and although they suffered critical damages, they were not facing any life-threatening injuries despite the crash and were saved as early as two hours within 12.30 am by the officials of the Fire Department

Two People Have Been Rescued Following A Tragic Accident

The force of the crash shook both persons mentally and this affected them negatively. The two people’s identification was revealed further. The occupants of the small airplane were Pilot Patrick Merkle, a 65-year-old from Washington, D.C., and Jan Williams, a 66-year-old from Louisiana.

Once rescued both of these occupants were actively communicating with the officers and the first responders. Until they were rescued they poured all their energy into containing the officials via their cellphone despite being trapped in the airplane.

It took almost three hours for the officials to lower the airplane to the ground and as unaffected both the occupants seemed during the rescue process, they both were psychologically disturbed on a deeper level when the collision happened, the pair was exposed to physical trauma. Since the rescue process took a while, the occupants were also exposed to exposure since they were trapped in nearly 50-degree weather.

It was an extremely hard process to rescue the occupants without damage since they were trapped in a high-voltage transmission tower. Hence, while rescuing the officers needed to test every single power line in and around the wreckage area with utmost care and precision to ensure neither the first-hand officials nor the occupants suffered any damage to the signals of the transmission tower.

Two specialty trucks along with cranes were involved in the rescue process and specialized EMS personnel entered the scene to save the occupants with no damage. The EMS personnel stabilized the crane and separated the engine individually from that of the plane to expedite the process as stated by the Fire Chief of Montgomery county.

Although the airplane followed the safety precautions, the cause of the crash was not yet visible but as far as the investigations conducted so far by the FAA and the National Transportation Safety Board no criminal activities were identified with the crash.

The crash was unexpected and to save both of the occupants without physical damage, the power was cut for a prolonged duration and more than 116000 utility customers were living with zero power till the rescue was initiated.

Several nearby companies sent their crew to give hands-on help to the officials and assist them in any process such that the occupants can be saved early and the power be restored at the earliest. The power was restored only by 11.58 pm and only to specific localities causing multiple public schools and childcare programs in Montgomery county to shut down on Monday.

The power outage was widespread and shook the entire community as a whole since all necessities including water, network connectivity e.t.c were disturbed. The intersection that was around this tower was also closed and the officials opened the road only after the safety protocols are established.

Even after the rescue, the airplane awaited NTSB inspections and hence remained on the scene. The airplane took off from Westchester in New York and despite following visual cues, the pilot was more focussed on the instruments of the airplane.

The lack of observing visual cues made him miss notice of the fogged weather which is one of the primary reasons behind the crash. The health conditions of both the affected people improvised and out of the two of them, one person whose identity was not disclosed by the officials was retained in the hospital for further care. With no static electricity or residual power, the crew successfully helped both occupants from permanent life-threatening damage.