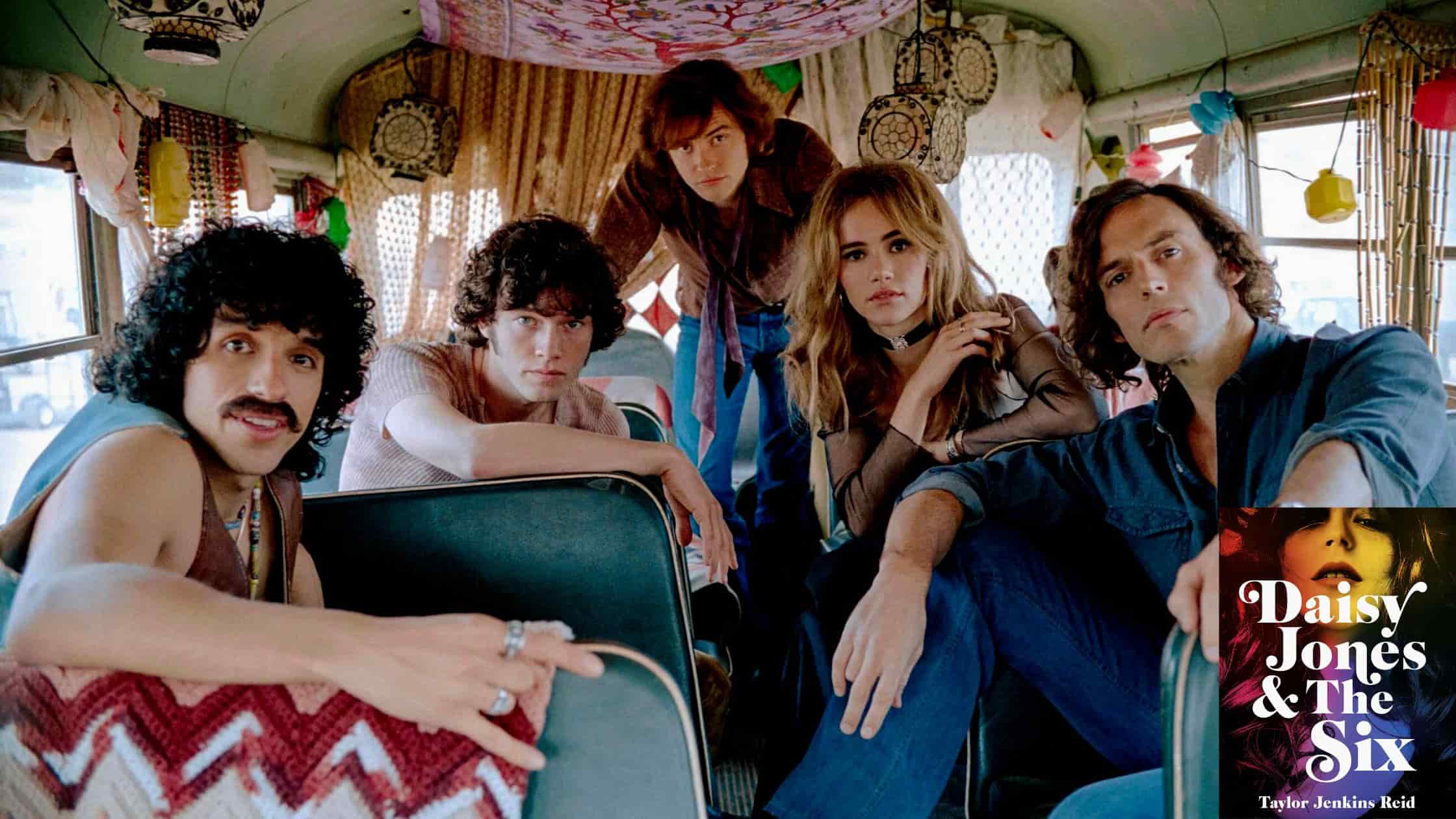 It’s great to hear the good news of Daisy Jones and the six is coming back through amazon prime video. The audience was curious about the first outlook of the poster. The long wait for the first episode came to an end. Amazon prime video released the first official imagery for the new series on Tuesday. Vanity fair shared the release date of the newly awaited series.

The first episode of “Daisy Jones and the six” will premiere on March 3, 2023. Each episode will be released on Friday.  Daisy Jones and the six is one of the best-selling books written by Taylor Jenkins Reid. The series is going to hit the OTT platform with the same vibe as the author of the book did.

The book tells the story of an iconic 1970s rock band and their lead singer Daisy Jones, revealing the mystery behind the breakup. The upcoming series also narrates the whole story in episodes.  The original book is written as an oral history. The book was published in March 2019.

After three years, Daisy jones and the six are back with their band to gear up the mind of the audience. The band is going to rock in the same month as it was published. The whole crew is expecting it’s going to conquer the hearts of the audience.

The audience will see Riley Keough as Daisy Jones in the leading role. There are plenty of names that came into the discussion about the selection of leading actresses. She shared one of the snaps from the set and shared it through social media and said that she is proud to be a part of this series and the dedication of the whole crew to bring this story to screen.

She will be equipped as a rock star. Riley Keough is the granddaughter of Elvis Persley. No other will do this role with perfectionism. The author, Taylor Jenkins Reid, wrote in a blog for hello sunshine, revealing that the relationship between Fleetwood Mac’s Stevie Nicks and Lindsey Buckingham inspired them to write the novel. When it comes to the series, the leading character Riley had no idea about the book. She also added that, when she began her acting in this series, she only knew this project is named Daisy Jones and the Six, and it tells the story of a music band in the 70s.

She realized that she is in the lead role. She didn’t even know about the scriptwriter or the people who are working behind this. The final actress told Vanity Fair that she didn’t read the book and did nothing about the book that deals with it.  The other star-studded cast includes Sam Clafin as rockstar Billy Dunne, Suki Waterhouse as Karen, Sebastian Chacon as Warren, Will Harrison as Graham, and more.

The shooting began in 2020, before the COVID -19 epidemic. The crew enjoyed every part of the shots and they coordinated well to bring out the best they could. The novel influenced the people through its leading character and the content level. The declaration of novel adaptation into the big screen excited the audience.

The series is produced by Scott Neustadter and her wife Lauren Levy Neustadter. Lauren said that all the casting members play their own instruments as best. The co-actors are also from the music field. So there is no need for dubbing in the post-production stage. She also added that it is her first time experimenting with a different plot. She was ready to work anytime and she did her best. People are eagerly waiting for the release date and they expect that it will be a blast.